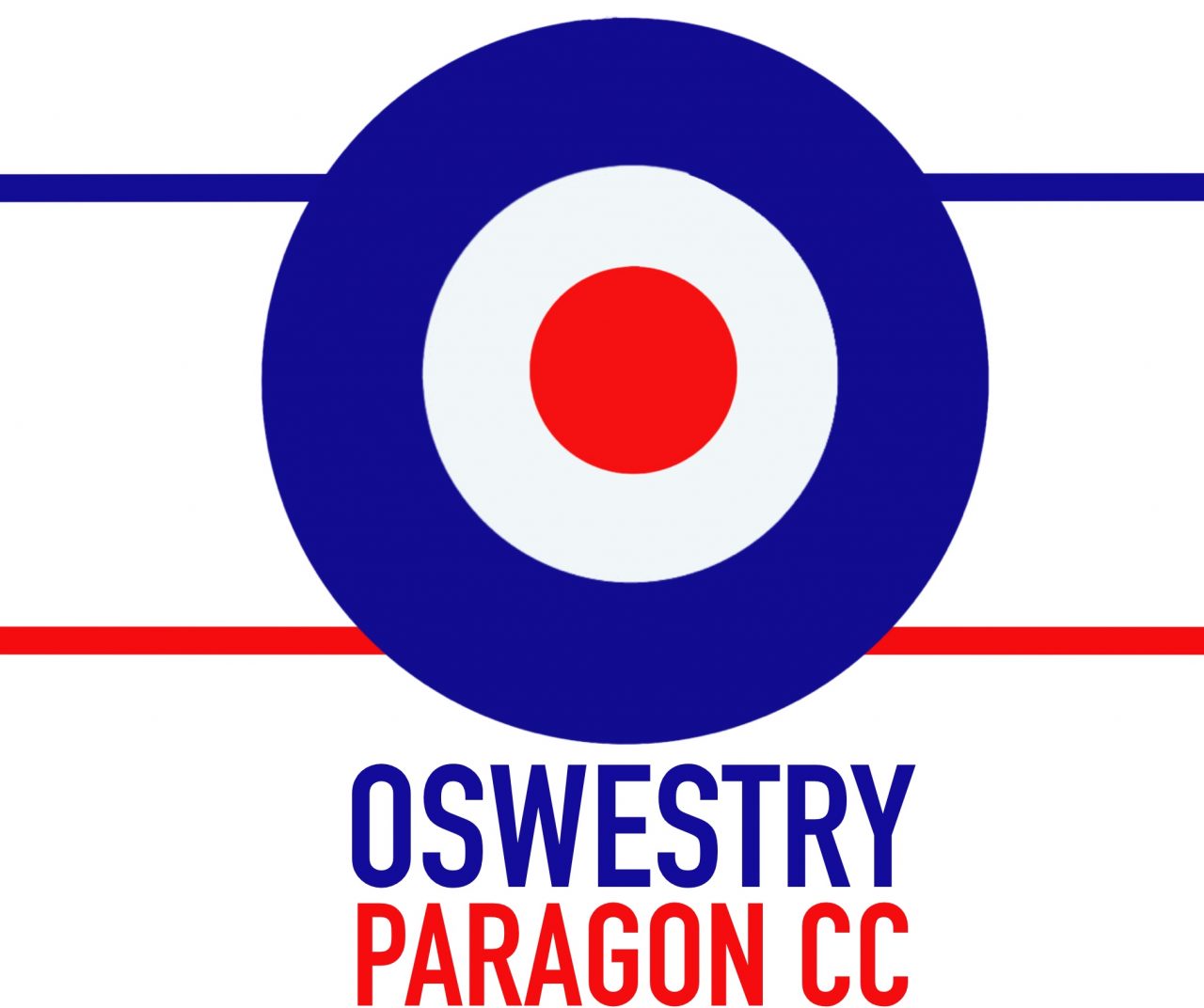 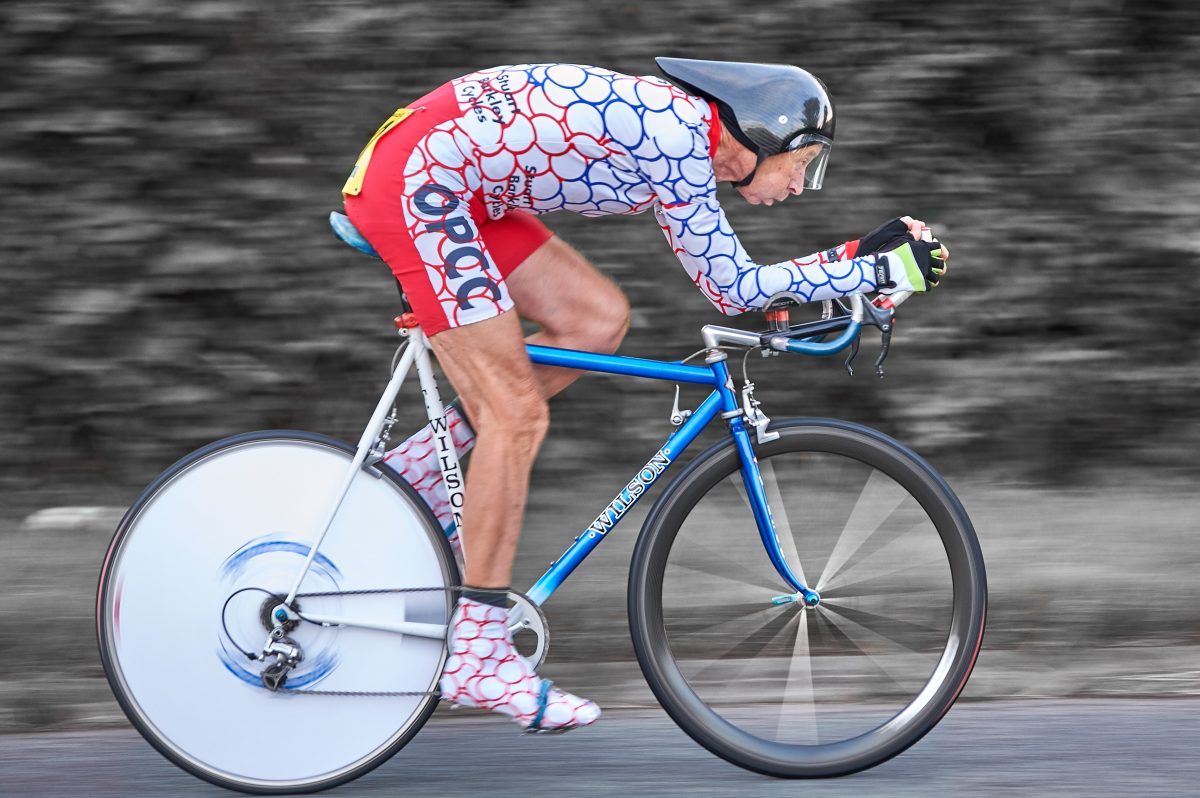 Oswestry Paragon are affiliated to CTC and CTT and are eligable to compete in points series run by SCCA and Merseyside Ladies CA. Originaly started in the 50’s Oswestry Paragon was launched in its present form in 1993 with sponsorship from Stuart Barkley Cycles.

The club was formed in 1952 or 1953 by a small group who wanted to ride road races. There had been a cycling club in the town before ( The Oswestry Roads Club , I think ) but this was dead or dormant and had also had RTTC and NCU affiliation which didn’t appeal to us would be ‘League men’.

The original members as I recall were Mike Carter, Ron Wilkinson, Brian Wilkinson, my sister Wendy (later to marry Brian) and me. The first club colours were red jerseys with yellow and blue bands. Woollen jerseys of course, none of your Lycra in those days.

I don’t remember why we chose the name, the only other ‘Paragon’ I recall was Ealing Paragon’.

We were affiliated to the North Wales division of the BLRC ( British League of Racing Cyclists, for the benefit of the youngsters! ) Along with the Corwen Olympic, The Rhos Road Club, The Wrexham Premier, The Mid –Wales R.C ( based at Newton ) and the Bangor Road Club and maybe Wrexham Wheelers.

The first race I remember riding was on then Rhuallt circuit that started at St. Asaph and went 3 times I think up the Rhuallt hill on the old A55, long before the dual – carriageway was built.

We cause some raised eyebrows in those days by sometimes arriving in a Land-Rover and trailer that was kindly lent us by a local haulier.

We organised road races such as the ‘Tour of the Brieddens’ ( 2 laps of Oswestry-Welshpool-Shrewsbury-Oswestry) and the ‘ Milltir Cerrig’ that went Oswestry, Llangollen, Corwen then through Cynwyd and Llanderfel and back over the tops to Llangynog then to Llanfyllin and finished up Blodwell Bank which some of you will know as the first big climb on our current ‘Hilly’. H.Q for these events was the now demolished Oswestry football ground.

Our biggest undertaking by far was the organisation of the Barmouth Cycling Week. This was sponsored by the tourist board at Barmouth and was a week of top level racing starting with a Birmingham to Barmouth race on the Saturday.

Today it’s difficult to imagine running road races on roads like the A5 and the A483 at a weekend and with almost no assistance, and certainly no interference, from the police.

Although ‘The League’ primarily promoted road racing, or mass-start as we called it, they also ran time trials. No 10’s but 25, 50 and 100milers.

The OPCC 25 course was similar to the D24/?? But started at Oswestry Cricket ground and turned in the road on the last straight before where the Buttington island is today.

The 50 course started at Llangollen Golf Club and turned in the road by the Four Crosses pub at Bicton. We handed bottles to anyone who wanted them at Queen’s Head and one club member poured his over his head before realising it was full of Ribena.

The 100 course was based on St Asaph and went along the promenade in Rhyl amongst other places. I remember finishing work at 5 o’ clock on a Saturday afternoon, riding over the Horseshoe Pass to St. Asaph where we stayed the night in a b&b then doing the 100 on Sunday morning and riding back over the Horseshoe in the afternoon.

Brian Wilkinson was our most successful rider and rode in the Welsh team in two Tours of Britain.

lost contact with the club when I moved away to work in 1962 but I believe that it was kept going for a couple of years after that mainly by the efforts of Mike Carter.